Success is not final...

Success is not final, failure is not fatal: it is the courage to continue that counts.
Winston Churchill
Today I was reading the Guardian online today when I stumbled on an article about Posh Spice... from Posh to classy it was called or something like that. And I have got to say I found it rather inspirational. It's basically about how Victoria Beckham tried at Pop and failed but then tried at fashion, worked up slowly to what she wanted and basically nailed it. She tried and tried until she got there. I think she even says in the article that she went out to get her success she didn't wait for it to come to her and I've got to say I found it rather inspiring.
The quote above sums this up quite well. I thought I would share it so anyone out there thinking of starting something can read it and hopefully be inspired too. You've got to start somewhere, right?  Here is the link to the article: Posh to Classy
In other news I have just finished reading A Hundred Summers by Biatriz Williams which really tugged on my heart strings. Set in my favourite era - the 1930's. If you liked the Book of Lost and Found you'll probably like this. It's different but of the same ilk if you know what I mean.
Oh and Under the Coconut Tree got a mention in The Ocelot magazine. I picked a copy of the magazine up in the pub and there it was... a lovely surprise! So a big thank you to the editors.
And a final note a few new and fabulous writers will be guest posting on my blog in the next month of so, so watch this space! 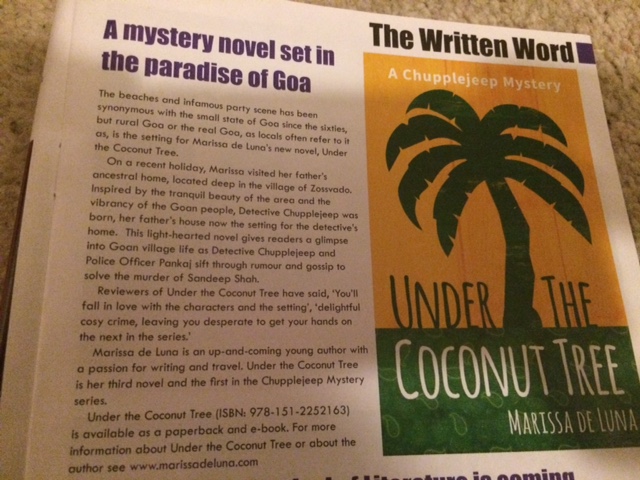